The Daughters of Charity came to Ireland in 1855 and have been involved in providing services for persons with intellectual disability since 1925 when they would established the Daughters of Charity Disability Support Services. Operating originally from St. Vincent’s Centre, Navan Road, from which it provided a nationwide service, the Community identified a need for a similar service in Limerick and opened its centre in Lisnagry in 1952, and in 2007 the organisation was invited by the Health Service Executive to manage the services of St. Anne’s in Roscrea. 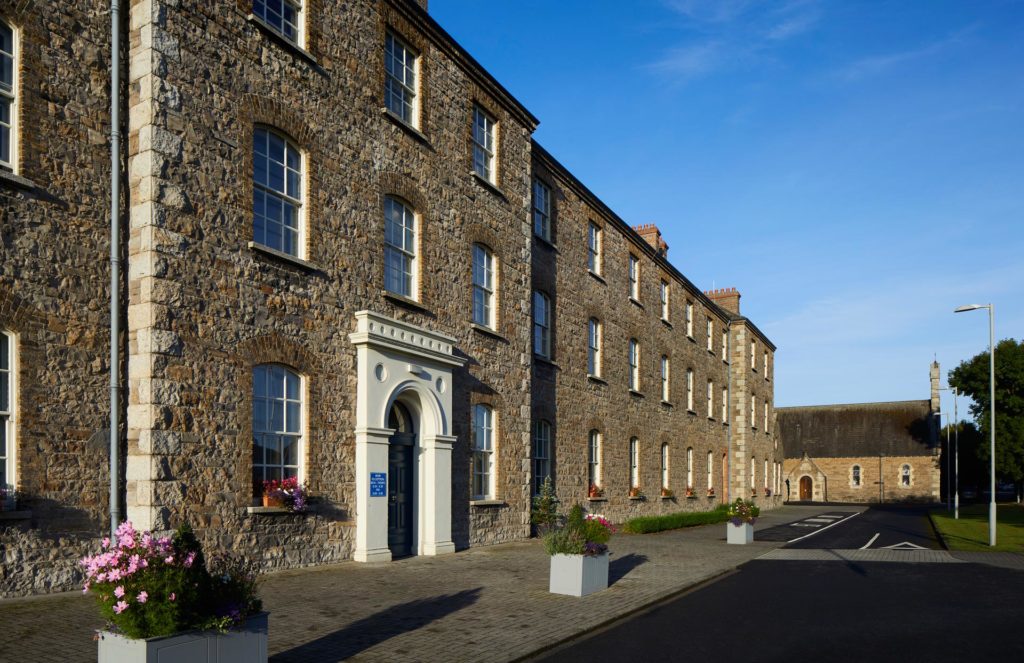 2018 marked a change in leadership and a new focus on the future and development of the organisation. We introduced a new CEO and began the steps to prepare the organisation for changes and alignment to developing national care strategies. Over the next year the organisation undertook a thorough consultation process involving staff, the people we support, families, and other stakeholders to underpin the new strategic plan. In 2020 the Daughters of Charity announced that they would leave the organisation and turn over managerial control and all assets to an independent board of directors. This move was done in accordance with the traditions of the Daughters – they manage the services they founded until it is time for them to operate and continue to flourish on their own. A key decision was reached prior to this announcement to change the name and brand identity to reflect the present state of the organisation and its future and allow the organisation to change with the times and the changing nature of healthcare provision in Ireland

In 2021 – we formally launched our new brand identity – Avista

XWe use cookies on our website to give you the most relevant experience by remembering your preferences and repeat visits. By clicking “Accept”, you consent to the use of ALL the cookies. However you may visit Cookie Settings to provide a controlled consent. Read MoreCookie settingsREJECTACCEPT
Manage consent

This website uses cookies to improve your experience while you navigate through the website. Out of these cookies, the cookies that are categorized as necessary are stored on your browser as they are essential for the working of basic functionalities of the website. We also use third-party cookies that help us analyze and understand how you use this website. These cookies will be stored in your browser only with your consent. You also have the option to opt-out of these cookies. But opting out of some of these cookies may have an effect on your browsing experience.
Strictly Necessary Always Enabled
These cookies are necessary for the website to function. They are set for security purposes and in response to actions made by you which amount to a service request such as when you fill out forms on our site. You have the option to disable these cookies via your browser settings, but should you do so, certain aspects of our site will no longer function.
Preference Cookies
These cookies enable our website to provide additional functionality and personalisation. The primary use of such cookies is to enable saving of your preferences. If you disable this category of cookies our site will still work, however, certain content may not load as expected. For more information about the specific technologies we and our partners use for this purpose, please see below.
Analytics
Analytical cookies are used to understand how visitors interact with the website. These cookies help provide information on metrics the number of visitors, bounce rate, traffic source, etc.
Advertisement
Advertisement cookies are used to provide visitors with relevant ads and marketing campaigns. These cookies track visitors across websites and collect information to provide customized ads.
Others
Other uncategorized cookies are those that are being analyzed and have not been classified into a category as yet.
Save & Accept
Powered by